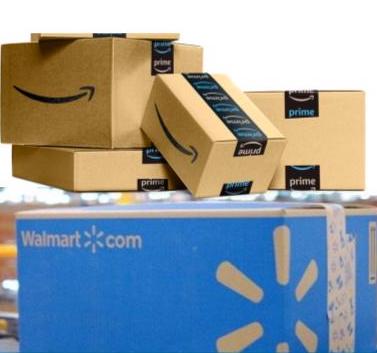 Why am I writing this

So, you are thinking of starting an online business. You want to sell products on either Amazon or Walmart.com—either your own products or as a third party seller—but you don’t know which platform you should start with.

While there may not be a one-size-fits-all answer for every company, we have been selling on both platforms for a while now and may be able to point you in the right direction.

Let’s start with one caveat: Although we have been selling on Walmart Marketplace for over a year, we have only been part of the Walmart Fulfillment Services for around 8 months. Meanwhile, we have been selling on Amazon for years. Despite this, we feel like we can give a slightly more informed assessment of the differences between the Amazon Marketplace + FBA versus Walmart + WFS, at least compared to where we were last year.

Let’s get started with the onboarding process. To put it simply, becoming a seller on Walmart actually takes time and work, but that’s a good thing! The higher hurdles tend to dissuade sellers who race to the bottom on price and review manipulation. It’s really not conducive to making a quick buck and then getting kicked off the platform.

Where Amazon takes a maximalist approach, all but instantly approving every seller with very little documentation or vetting required, Walmart actually takes a look to see if you are a real business. Amazon operates under the principle that customers should have as many options as humanly possible, Walmart tries to limit the number of faceless foreign resellers on its platform.

That said, anyone who is already a legitimate business should have no problem providing the documentation Walmart requires.

There seems to be a pattern here. Being accepted into Walmart Fulfillment Services takes a little more work than doing the equivalent at Amazon. Much like becoming a marketplace seller, the acceptance into this program hinges on completing a slightly lengthier application with more detailed information about the products you are planning on shipping with them and more information about your business.

Here again the advantages that come from becoming a WFS seller far outweigh the work it takes to be accepted into the program.

In our experience WFS and the “Walmart+” label increase sales around 300% from self-fulfillment, and fulfillment costs for WFS are around 30% cheaper than the comparable cost on FBA.

What does this mean for you? Simple, you are selling more items at a lower cost per item. It doesn’t take an MBA to realize this results in more profit.

The internal advertising platforms are another place where Amazon and Walmart seem to have taken diverging strategies, and from a seller/advertiser perspective Walmart again has the upper hand.

While Amazon’s advertising platform is largely an impressions-based platform, Walmart’s is purely CPC. Simply stated, at Walmart you are playing for clicks to your product’s listing, and at Amazon you are paying for impressions. We won’t deny that impressions based ad campaigns are helpful for product awareness and brand lift, but the amount you spend per sale on at Walmart.com is orders of magnitude lower than the equivalent at Amazon.

Now we come to the one area where Walmart really falls behind, especially for smaller budget independent manufacturers and sellers. The mechanism for obtaining reviews of your products.

While Amazon bans you from asking for reviews in your product packaging, Amazon does a good job of following up with purchases to get your customers to review your products, and it even allows you to solicit reviews from your customers on the Amazon Marketplace platform.

Conversely, Walmart has no such mechanism, and the only way to really gather reviews outside organic channels is to use approved outside paid services like Bazaarvoice. As you can probably imagine this can get really expensive very quickly.

Review fraud is rampant on Amazon. Many foreign sellers will offer gift cards to customers for positive reviews and do so by including notes within the product (sometimes handwritten with sob stories). These tactics are blatantly against Amazon’s terms of service, but Amazon does very little to police them.

While Walmart remains the largest retailer in the world, their online business is still quite a bit smaller than Amazon’s. Because of this, consumers instinctively gravitate to Amazon when looking for a product. This creates a self-reinforcing economic cycle that effectively keeps Amazon’s marketplace at the top of the seller food chain.

Walmart is making inroads by incentivizing sellers to keep selling on their platform while keeping prices low for consumers. For example, during last year’s Christmas season they lowered many prices on the site, while still making sellers whole on the back end.

The jury is out on whether or not Walmart will catch up, but anecdotal evidence would suggest that they are starting to make real inroads. This means that sellers who are currently selling on the Walmart marketplace will have a distinct advantage in the future as volumes grow.

While both platforms are very similar, there are some distinct differences between them, mostly to do with the onboarding and approval process, commission structure, fulfillment costs, advertising, and reviews. These differences make a big difference especially for smaller sellers. So let’s go through the pros and cons.

Very hard to obtain reviews and to begin moving product

It’s pretty simple, if I were to pick one of the two as a small volume seller with a small advertising budget, Walmart would be the pick. While we might not get the amount of eyeballs and shoppers that Amazon has, there is more immediate cashflow. Furthermore, I think Walmart is betting big on their online growth, which means far more upside potential than on Amazon.

In the coming weeks we will post more articles detailing specific differences and technical explanations of both, especially the process of onboarding and preparing/shipping goods to the warehouses. Links will be added to the bottom of this blog and to the main section on the site. Check back for more.